What Your Sleeping Position Means

Did you know that the way in which you tend to sleep can tell a lot about who you are while awake? Many studies show a correlation between specific personality traits and sleeping patterns. Crazy, right? Lets take a look at some different sleeping positions and what they could mean.

This is one of the most popular sleeping positions. It is defined by a person who sleeps on their side with their legs curled up toward their chest. Although this sounds somewhat uncomfortable, it happens to be a fairly comfortable sleeping style for the majority of people. People who sleep this way most often are described as having a tough exterior, but are extremely shy and sensitive on the inside.

The yearner sleeping position is when a person sleeps on their side with their arms stretched out in front of them. This is also a very common sleeping style. Studies show that people who choose this position are often open and inviting, although a little suspicious of people and often cynical. Yearners are also slow to make decisions, but once they have their mind made up about something, they rarely turn back.

Funny sounding position, huh? A log sleeping style describes a person lying on their side with their legs extended straight and arms by their sides. Log sleepers are very sociable and love engaging with all kinds of people. They are often trusting, which sometimes leaves them very gullible. 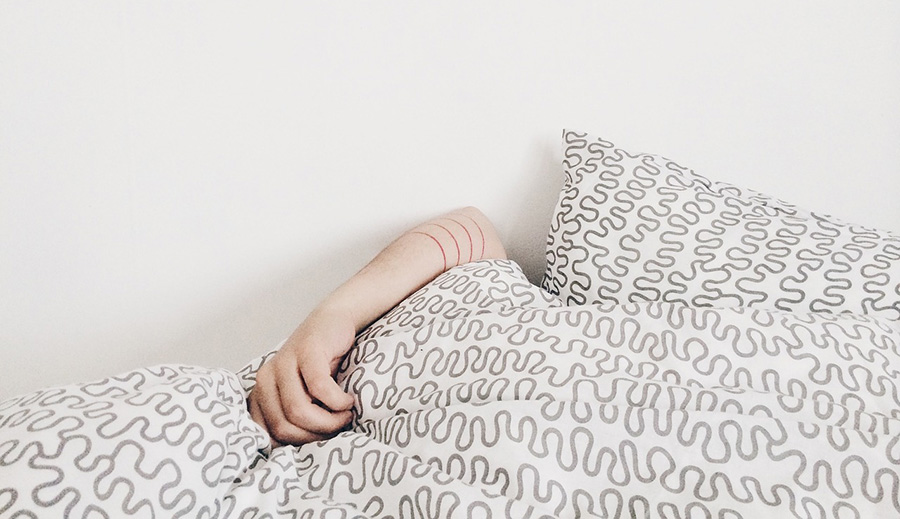 Although this is not a sleep position itself, the act of sleeping while hugging your pillow does reveal the nature of a person. Pillow huggers place high importance on the bonds in their lives and tend to be people pleasers. They may attempt to help others instead of themselves on occasion.

Exactly how it sounds, this is a military stance sleep style that is characterized by a person who sleeps on their back with their arms straight down by their sides. Soldier sleepers are people who tend to take themselves very seriously and are very structured. They have high expectations for themselves and those around them.

Freefall sleepers sleep on their stomach with their head turned to the side and hands near their pillow. Just as the name implies, free fall sleepers are free spirits. They are sociable and can also be brash at times. Although they show such an open personality, they are secretly nervous on the inside and have over-sensitivity to criticism.

The starfish position is the least common sleep style. This position consists of a person lying on their back with their legs stretched out and their arms stretched up by their head. These type of sleepers make loyal friends and make their friends a huge priority in their lives. They enjoy listening to the problems of others and will go out of their way to help when they can.

Sleepers who lie on their backs but don’t keep the rigidity of soldier or starfish are called soldier-starfish. These hybrid sleepers are flexible and tend to go-with-the-flow. They are also easily persuaded by others.

Again, this is not a sleep position, but the act of snoring can reveal something about you. People who snore are more likely to have extreme emotions, which can manifest in hyperactivity, aggression, or depression. Snorers are passionate and have the ability to live each moment to the fullest.

Do you suffer from snoring or sleep apnea? Are you worried you aren’t getting the quality of sleep you need, regardless of sleeping position? Dental Solutions of Columbus can help! Check out our Sleep Apnea page for more information on signs and symptoms, as well as how Dental Solutions can give you a better night’s sleep.